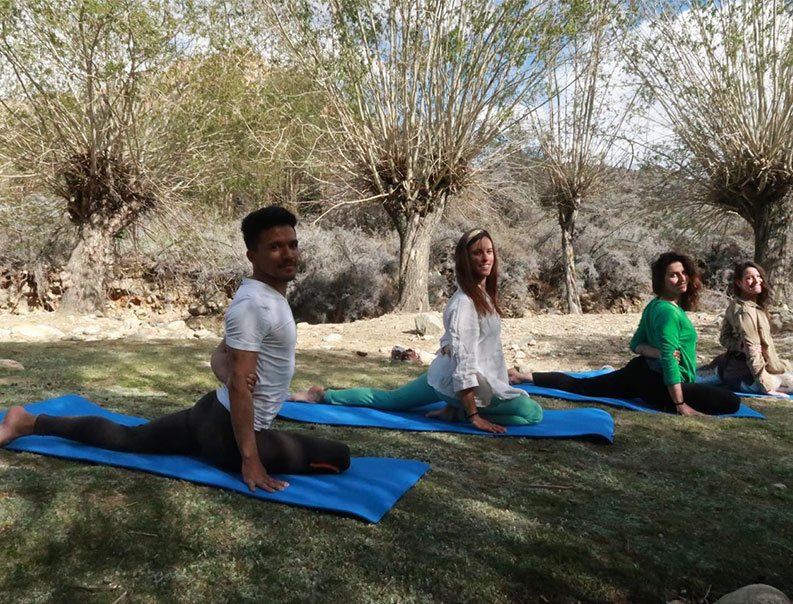 Today after early breakfast , start your journey towards Leh via changla. Reach the beautiful Sakti Village and walk around the village to experience the Himalayan lifestyle .The village has ancient cave roof monastery Tak-Thok (also Thag-Thok, literally “rock roof”) gompa has come up around a cave where Padmasambhava, or the Guru Rinpoche, is said to have meditated during his travels to Ladakh in the 8th century.

The cave, called Duphug (or Tu-Phuk) Lhakhang, is a popular pilgrimage. Buddhists visit to be blessed by dubchu, the sacred water that oozes from its ceiling. A constant drip. Even in winter, when the world freezes over. The ceiling is a greasy black with emissions from the butter lamps that burn nonstop. Devotees have stuck offerings of banknotes and coins all over. Gold-plated statues of Padmasambhava’s eight manifestations occupy pride of place.

Both the village and the monastery will take you breadth away.
Overnight at resort at sakti

Today after a relaxing late brunch or breakfasts, we start our journey back to Leh.Enroute visit Stok Palace and Museum.Stok Palace is the less majestic yet more famous of the palaces in Ladakh. At some 14 km from Leh, it was the once summer palace of Ladakh’s royal family. Built over 200 years ago, Stok Palace houses some rare ancient paintings of Buddhist deities Shakyamuni, Avalokiteshwara, Vajrapani, Tara, Amchi etc. The palace museum also houses some 100 plus volumes of Buddhist teachings and a giant statue of Avalokiteshwara. Some interesting artifacts like the jewel-studded crown of Ladakh’s erstwhile queen are also housed in the palace. The palace also has a cafe on its terrace and some rooms open for visitors. Prior booking has to be made in case you wish to stay here. Stok Palace is a major pit-stop if you are eager to hit some impressive treks in the Himalayas around.
Later half we spent in Leh Market.Overnight Hotel in Leh